Letcher Central saw a two-run lead slip away as Perry Central pushed across four runs in the top of the fifth inning and went on to beat the Lady Cougars, 11-5, in the 14th Region tournament semifinals played at Powell County High School on Monday night.

Losing pitcher Makennah Johnson belted a home run, singled, and drove in a pair of runs as Letcher Central ended its season at 25-11. Chloe Wampler, Raygan Anderson and Gracie McDougal all singled and scored one run apiece.

Letcher Central held off a late rally from Jackson City to advance to the semifinals with an 11-10 win in a game played on Saturday. 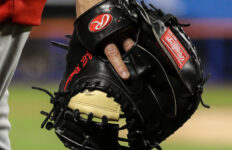