Logan Parker has been named the Head Coach of UPIKE’s men’s and women’s swimming programs.

Parker brings an extensive background in swimming, beginning in Corvallis, Oregon where he was raised after being born in Juneau, Alaska. As a freshman competing for Corvallis HS, Parker’s talent began to show as he was named Most Inspirational and Team MVP. In his senior season, he broke the state meet record in both the 50 Meter Freestyle event, winning the 100 Meter Freestyle and a pair of relays. Parker’s senior performance helped his team to the program’s first-ever state championship in 2011.

Parker becomes the second head coach in the young program’s history, heading both the men’s and women’s programs while holding a key role at the Pikeville YMCA. After just a pair of competitions and a season plagued by COVID-19, UPIKE’s swimming program looks forward optimistically to the 2021-22 season. 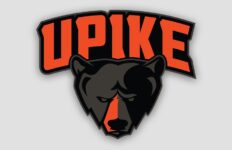