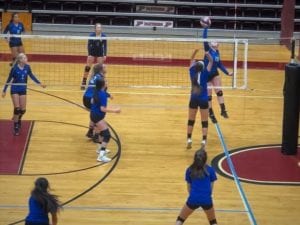 In other matches Monday:

Here is a look at Tuesday’s matches:

The Lady Warriors defeated Lincoln County and Jackson County by identical 2-0 scores on Friday before falling to Whitley County and Bullitt East by the same margin.

In the win over Lincoln County, Sarah Tackett had nine kills and eight digs while Hannah Blackburn added eight kills and one block. Alexis Little finished with 14 digs in the 25-15 and  25-23 win.

In the win over Jackson County, Tackett had seven kills and four digs while Puckett finished with 15 assists, three digs and three aces in the 25-7 and 25-12 win. Amber Justice added four digs and two aces.

Hannah Thacker had four kills and three blocks in the loss to Whitley County. Pucket added nine assists and five digs and Little totaled eight digs in the 25-16 and 25-16 loss. 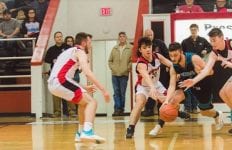 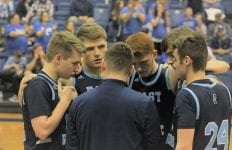 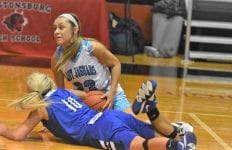