Shelby Valley’s young signal-caller Russ Osborne has stepped into the high school spotlight and shined brightly since game one.

His effort on the field has earned him Mountain Top Sports/Buffalo Wild Wings Player of the Week honors. He has now passed for 14 touchdowns and ran for five.

Here is a look at this week’s honor:

Johnson Central running back Dillon Preston had 118 yards and two touchdowns; he hauled in a touchdown pass; and returned an interception 30 yards for a score in the Golden Eagles’ 62-0 win over Letcher Central.

Shelby Valley running back Anthony Pallotta had 154 yards receiving and three touchdowns and ran for another.

Belfry running back Isaac Dixon touched the football only three times and scored three times in the Pirates big district win over Pike Central. He ran for 112 yards.

Betsy Layne quarterback Chase Mims had 195 yards passing and two touchdowns, including the game-winner as the Bobcats downed Fairview. He also ran for a score.

Chapmanville Regional quarterback Brody Dalton passed for 270 yards and one touchdown in the Tigers win over Nitro.

Paintsville quarterback Jake Hyden passed for 133 yards in the Tigers loss at Raceland. 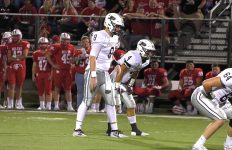 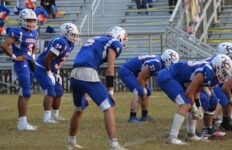