Lawrence County’s Kensley Feltner had another sensational week on the hardwood. So did Shelby Valley’s Cody Potter.

The two dominating scorers and rebounders have been chosen this week as the Mountain Top Sports/Buffalo Wild Wings co-Players of the Week.

Feltner joins Potter as the only area players to have been selected for the honor on back-to-back weeks. She did it last week and Potter was picked two weeks straight one year ago.

Feltner had games of 31, 26 and 28 points while grabbing eight, eight and nine rebounds. Potter had 30 points in each of his two games and collected 10 and 14 rebounds.

Other outstanding performances garnering special honorable mention went out to:

Phelps’ Trey Francis had games of 16 points and 21 rebounds as well as 26 points and 15 rebounds.

Belfry’s Katie Ball had 18 and 24 points while finishing with 12 and 24 rebounds.

Pike County Central’s Kelsi Brinager scored 33, 14 and 17 and had 15 rebounds for a double-double.

Johnson Central’s Isaiah May scored 23 points and had 10 rebounds in one game and scored 24 points in another.

Pikeville’s Kirsten Cole-Williamson scored 19 and 12 points while grabbing nine rebounds in each game.

Paintsville’s Nick Keeton had 34 points and 19 rebounds in a single game.

(NOTE: Coaches are reminded to submit games each week for publication to enhance your athletes chances of winning the weekly nomination) 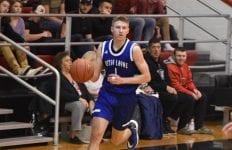 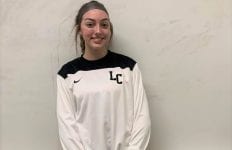 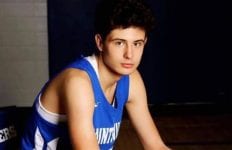