Johnson Central went on the road and beat Harlin County, 33-2, in a game played at Miners’ Memorial Field on Friday night.

Running back Dillon Preston rushed for 185 yards and three touchdowns on just five carries as the Golden Eagles improved to 5-0 and won their 20th straight game. Preston also hauled in a 49-yard touchdown pass.

Mason Lawson ran three times for 49 yards and a score from quarterback Grant Rice. Lawson picked off two passes on defense while Matt Crum and Jacob Cain each has a fumble recovery.

Preston had 18 tackles while Mason LeMaster followed with 17 while Chase Price added 15. 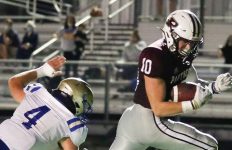 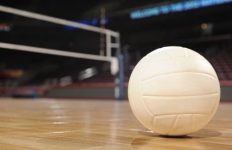