Ellie Yocum is in her first season as the Head Coach, after 3 years of assistant coach for the University of Pikeville archery team heading into the 2020-2021 season.

Yocum arrives at UPIKE after a four-year collegiate archery career at Cumberlands where she also served as an office assistant with archery during her senior year. 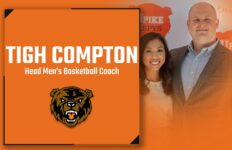