The trio were joined on the second team by junior infielder Garrett Williamson and junior outfielder Aiden Slack.

Chapmanville junior infielder Brody Dalton was a second-team pick. Other Tigers honored were Will Kirkendall and Tyson Thompson, both honorable mentions.

Mingo Central’s Tyson Ooten was the one Miner chosen as honorable mention. 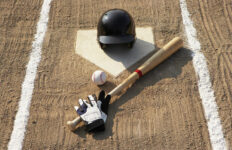