The Mountain Top Sports/Buffalo Wild Wings Player of the Week was a team effort as the Pikeville Panthers boys’ basketball team shared the honor.

No team was more dominating over the four-day run of the All “A” Cassic boys’ state basketball tournament than Pikeville.

The Panthers built a double-digit lead against Breathitt County and went on to beat the Bobcats, 53-44, to claim the school’s first state title in program history at McBrayer arena in Richmond on Sunday afternoon.

Prior to the finals, Pikeville had beaten Owensboro Catholic, Murray and Evangel Christian.

Pikeville standout Trinity Rowe had games of 18, 16, 11 and 11 as the Lady Panthers reached the All “A” final four.

Paintsville’s Kylie Kinner had a record-breaking 12, three-point goals in a game, tying her for third in KHSAA history.

Martin County sharpshooter Laken Williams had games of 30 and 27 points.

Lawrence County’s Kensley Feltner had games of 26 and 27 points.

Belfry’s Cushi Fletcher scored 12, 22 and 25 points and had a double-double in the first game with 11 rebounds. 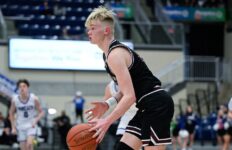 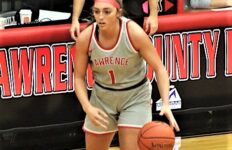 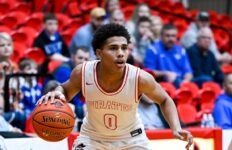 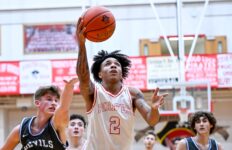